This is the second of two oils that I intend painting from the Exmouth sketchbook. .Budleigh Salterton holds a very special place in my memory and emotions. When I first moved to Exeter in 1974, I had left my pregnant wife behind in Ketterirng.

The school I had moved to was a hell hole, and I could see there was much I had to do to come to terms with what lay ahead. The first weekend, after a huge storm, I drove alone to Budleigh and sat on the beach and watched the hugest waves I had ever seen crash onto the shore. The beach was so steep, and made of large stones, even though the waves were higher than me, they soon dissipated when they hit the stones.

I will always remember that day and the town of Budleiehg. I have been back many times since and it forever holds an attraction, especially this view which I have painted.

As such I much enjoyed doing this one and I hope that you like it. It is filled with feelings. 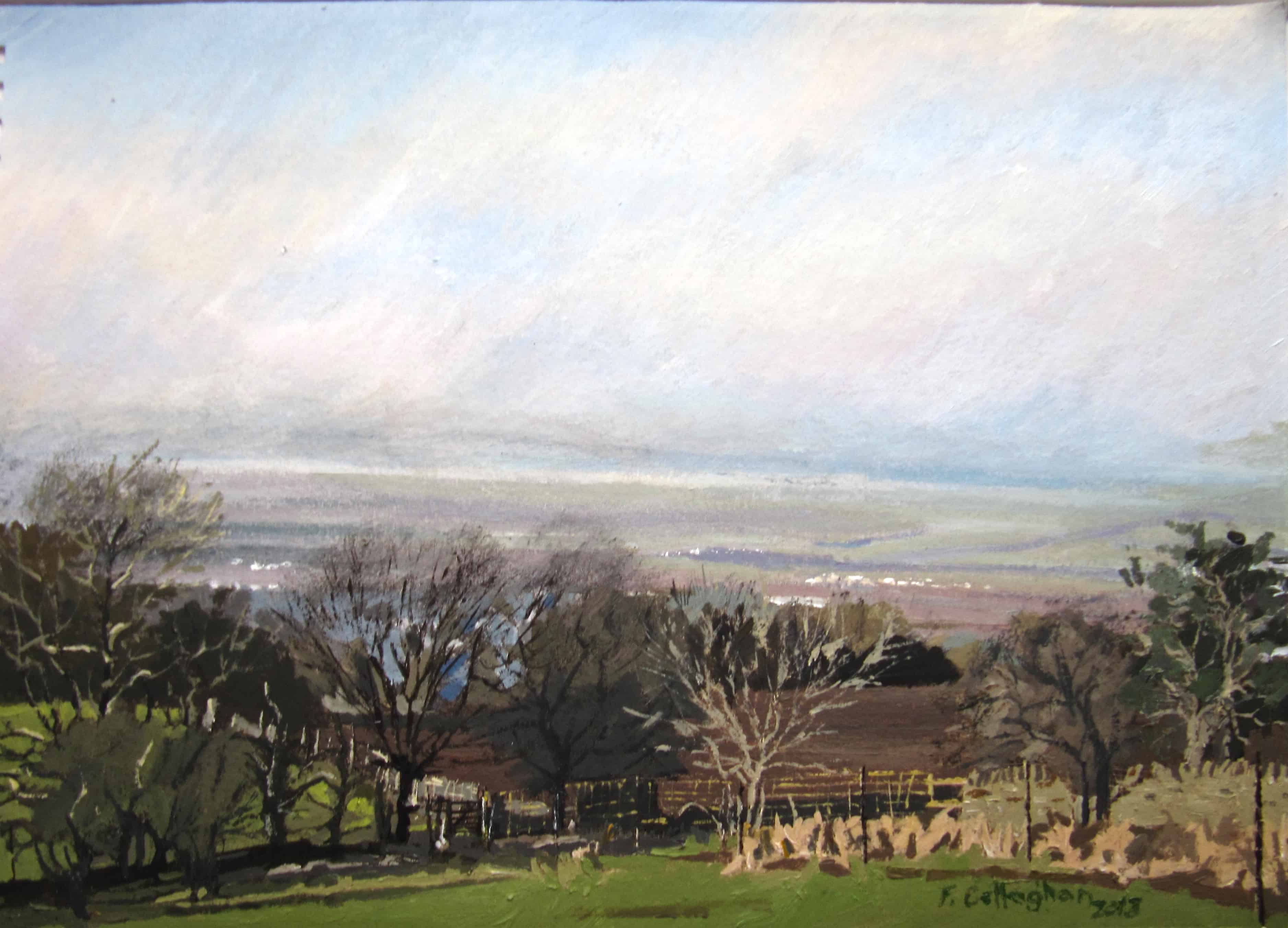 View over Chipping Campden Painted by Frank Callaghan.  Acrylic on Acrylic Board (11 inches x 8 inches: A4) (Unframed) In actual fact this is eleven and a half inches by eight and a half inches, so slightly larger than stated … Read More 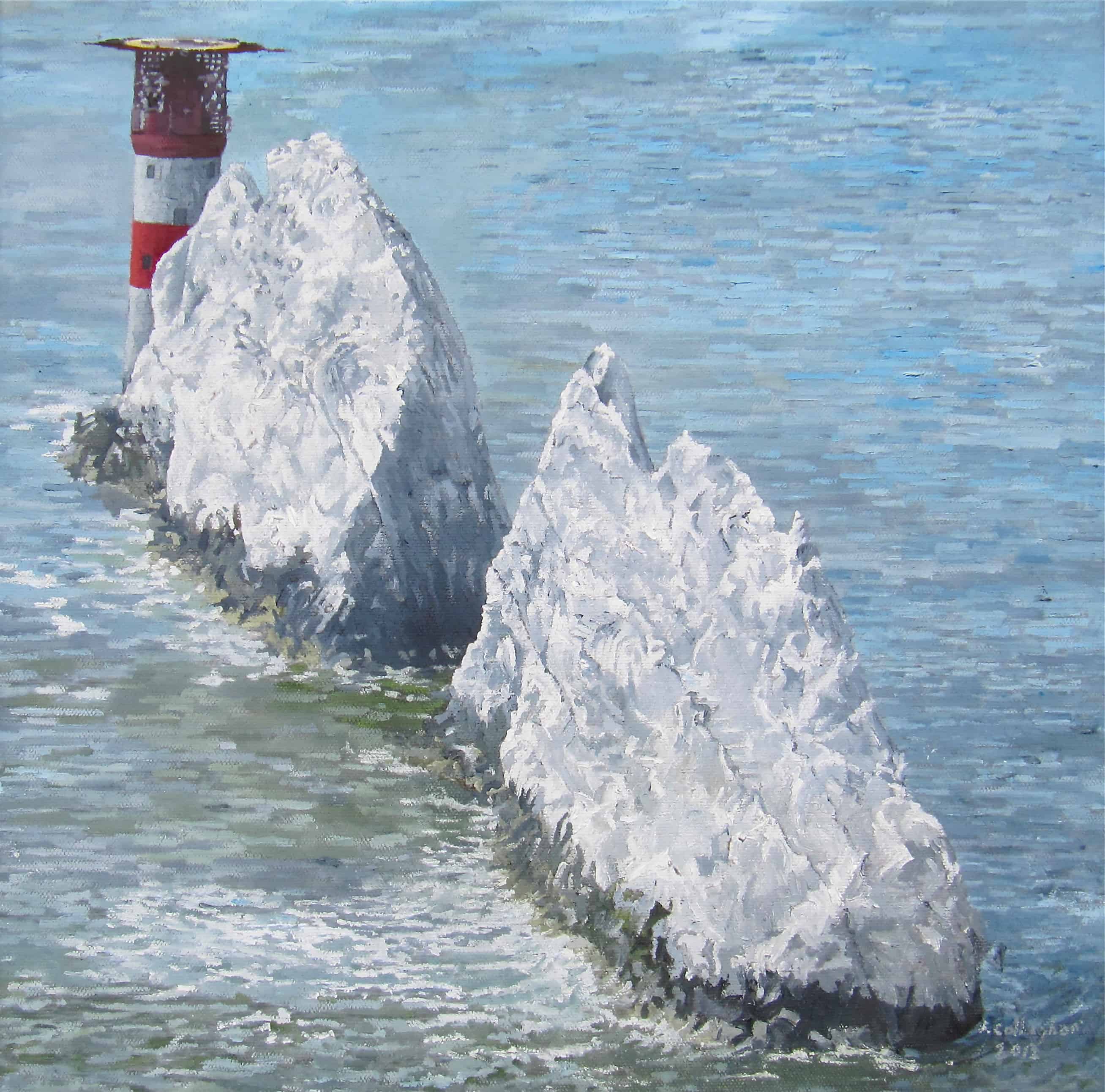 The Needles Isle of Wight

The Needles Isle of Wight Painted by Frank Callaghan.  Oil on Canvas (14 inches x 14 inches) (Unframed) This painting represents a test for me. I have never before attempted to paint so much sea or such detailed rock formation. … Read More 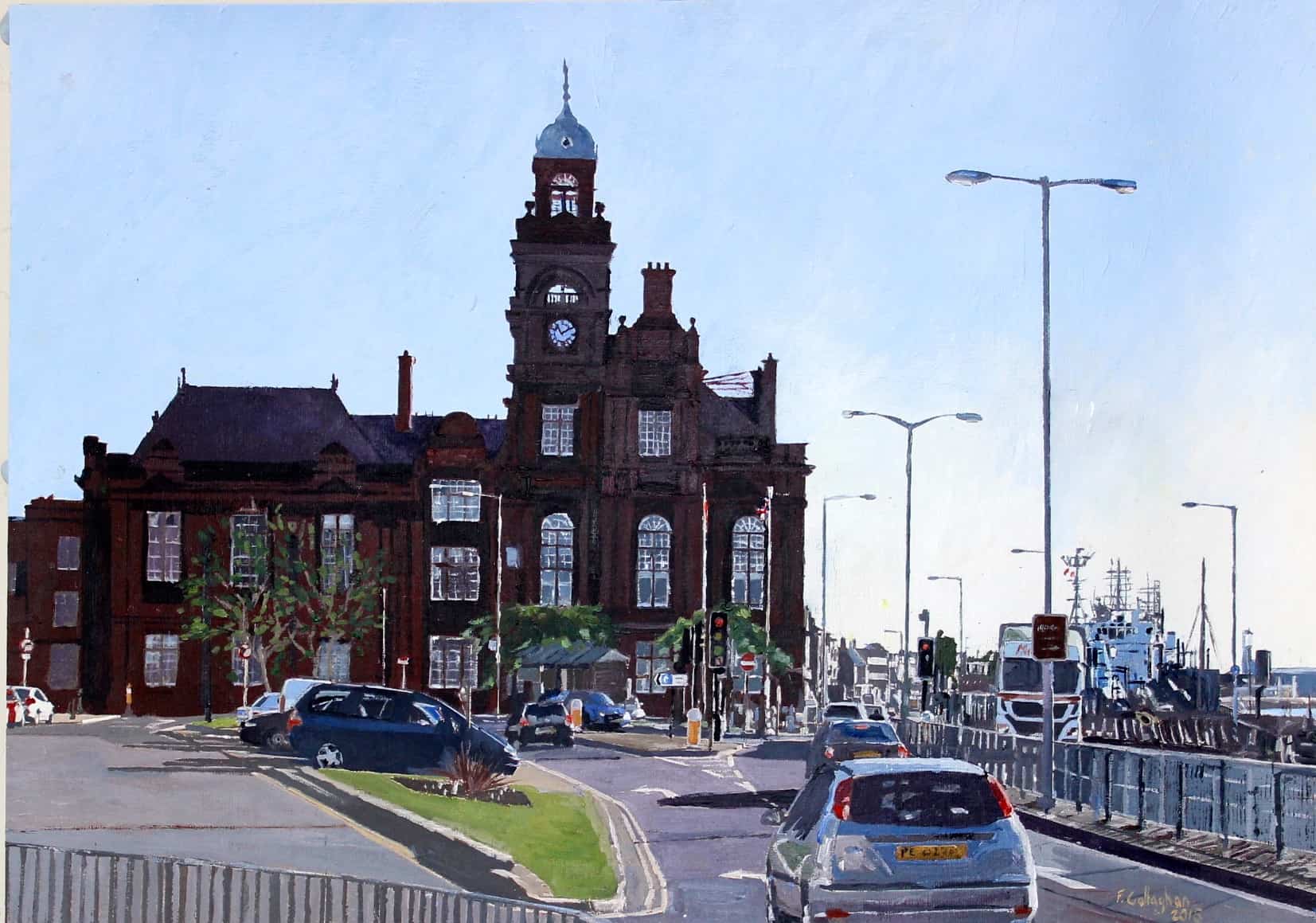 Street scene Great Yarmouth.  Acrylic on acrylic board. (Circa A3) (Unframed) I love street scenes and cars, and I love monumental buildings, so this had all of the elements I most seek in this type of picture. It was part … Read More 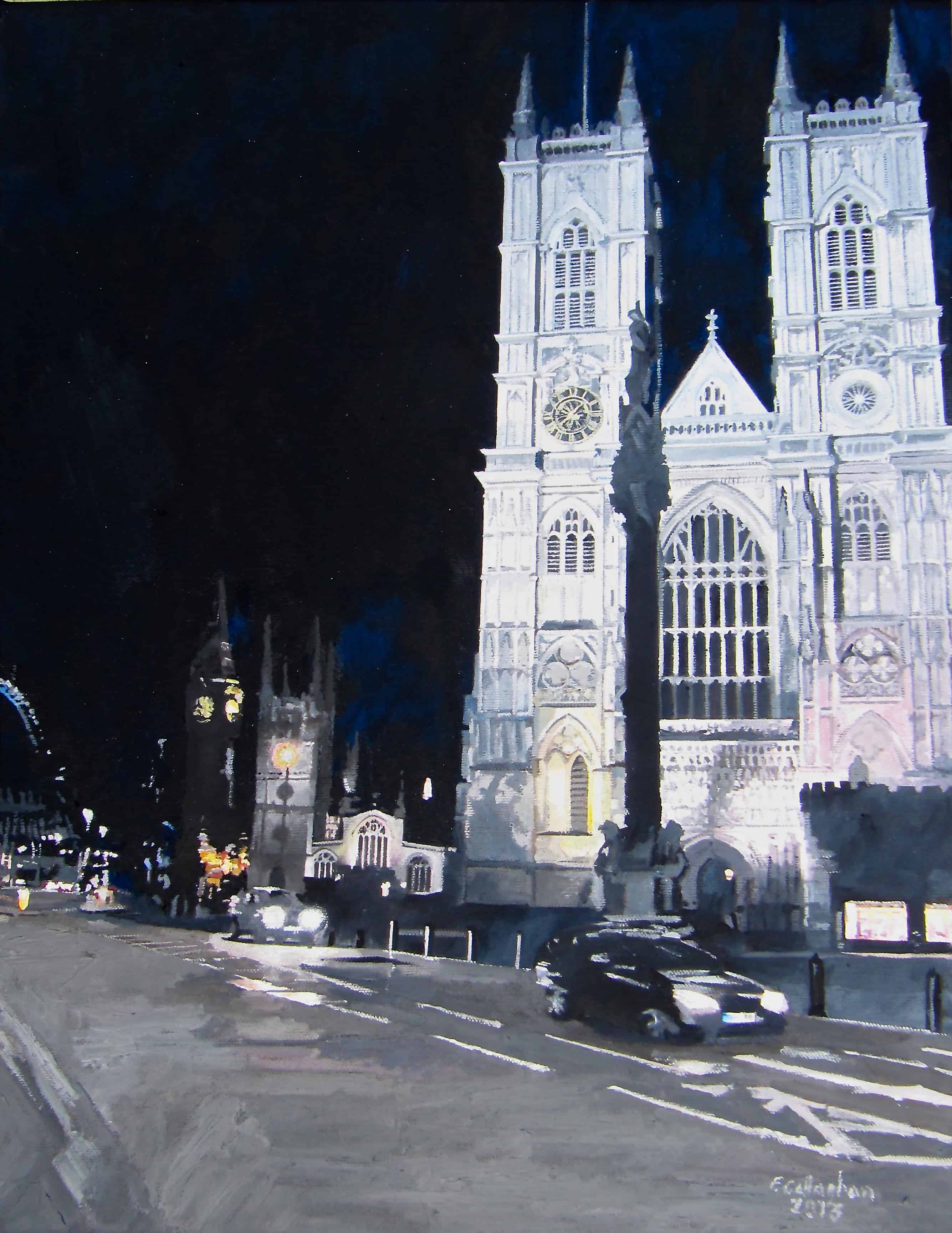 Westminster Abbey January at night Painted by Frank Callaghan.  Oil on Canvas (36 cm x 46 cm) (Unframed) Some years ago I bought my wife a watercolour painting by Paul Banning, a local artist, and a picture of this very … Read More 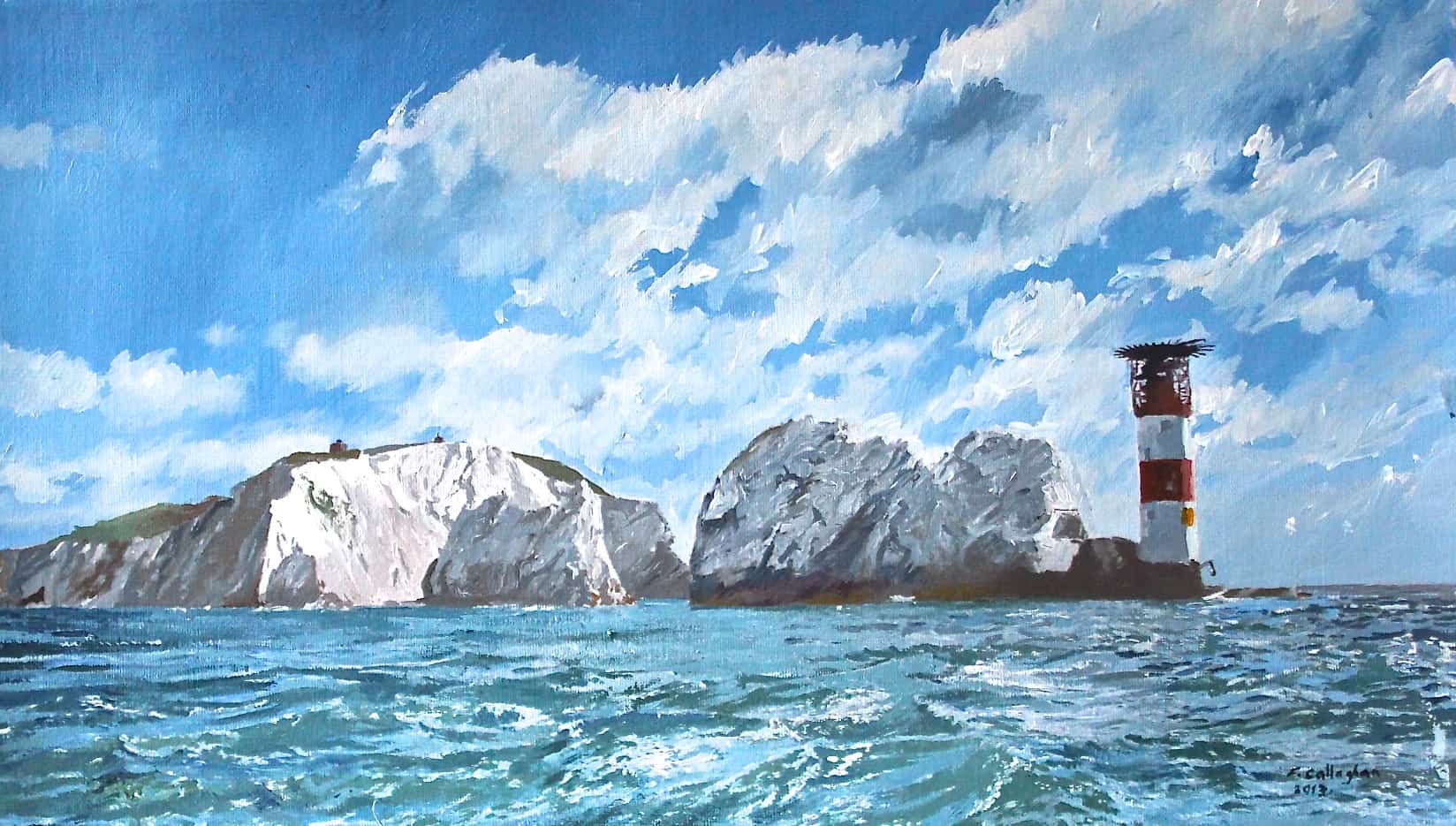 The Needles from The Solent

The Needles from The Solent Painted by Frank Callaghan.  Acrylic on Board (24 cm x 42 cm) (Unframed) This composition was taken from a photograph taken by Karen Fontaine (In The Frame, Highcliffe. Dorset. Picture Framer and Photographer). She kindly … Read More 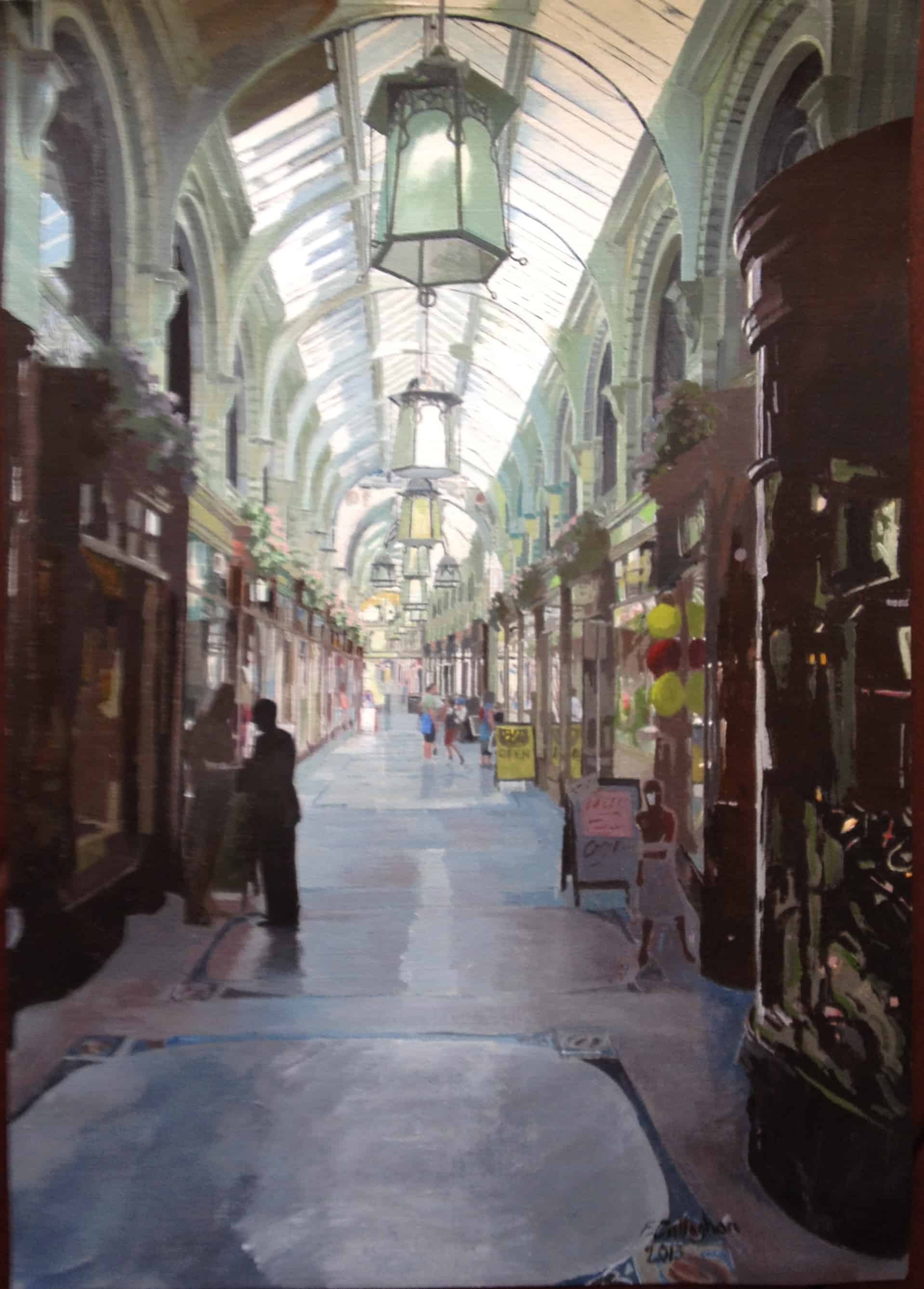 The Royal Arcade is a magic corridor. It has changed little since I was a child. The shops may be different; Jamie Oliver may now inhabit what was once a butchers shop, but the facades and decor remain original, delightfully … Read More 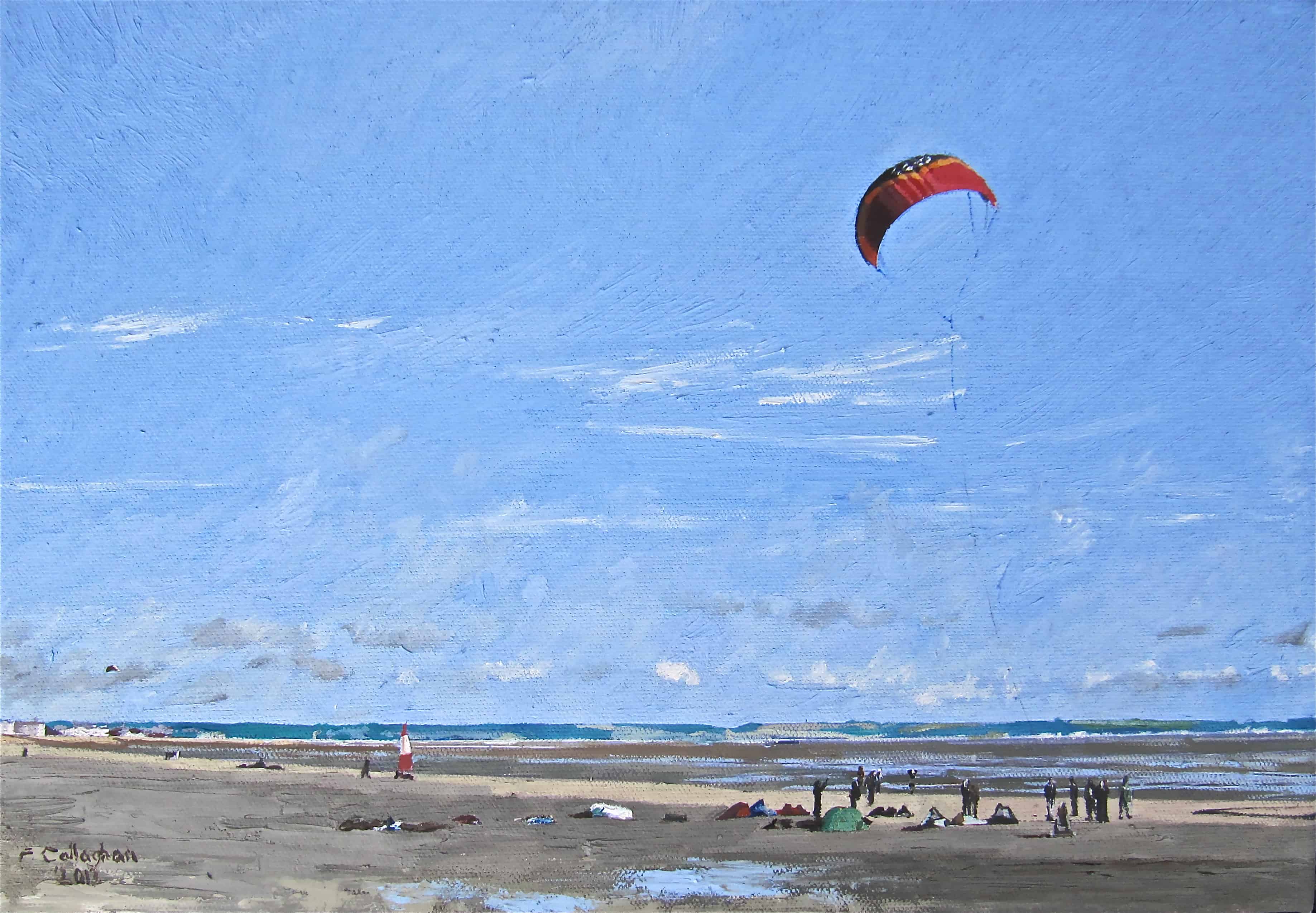 Sand Yachting at Dungeness.  Oil on Canvas (14 inches x 10 inches). (Unframed) This composition is taken from the sketches and photographs I did on my days in Kent earlier last year. I collected a lot of material at Dungeness … Read More 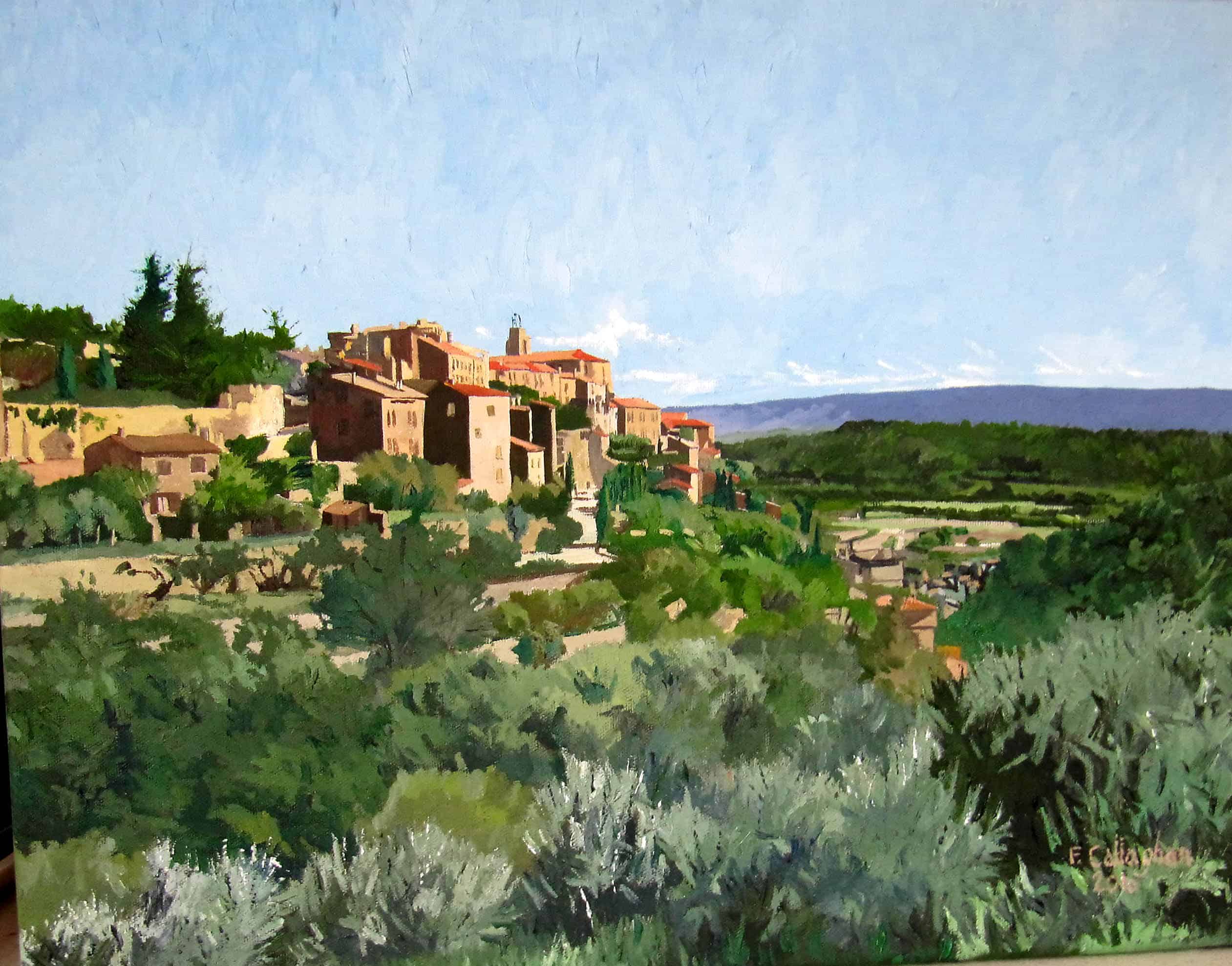 The Village of Gordes Provence

The Village of Gordes Provence Painted by Frank Callaghan.  Oil on Canvas I spent a pleasant time mixing walking, with driving around the Avignon area of the South of France. It was a surprise and a huge pleasure, one day, … Read More