i have already painted both my granddaughters, and it felt only correct that I make an attempt to paint a portrait of George. He has proved by far the most difficult to paint, which I guess is much in keeping about everything else that defines Georgie. Such a super grandson, but so complex. Very creative and a propensity to a splendid wildness. Yes, at times infuriating, but such a loveable boy.

I have treated this portrait with thicker paint than on the other two. I have also very deliberately painted it quickly, not fussing over detail, but rather trying to capture something of the essence, which I think can get lost especially with portraits, if I fuss them them too much.

Overall I am pleased. I have selected a rather difficult image to work with, given the open mouth, but I felt this defined him quite well. I will leave it there, and add it to my grandchildren gallery. 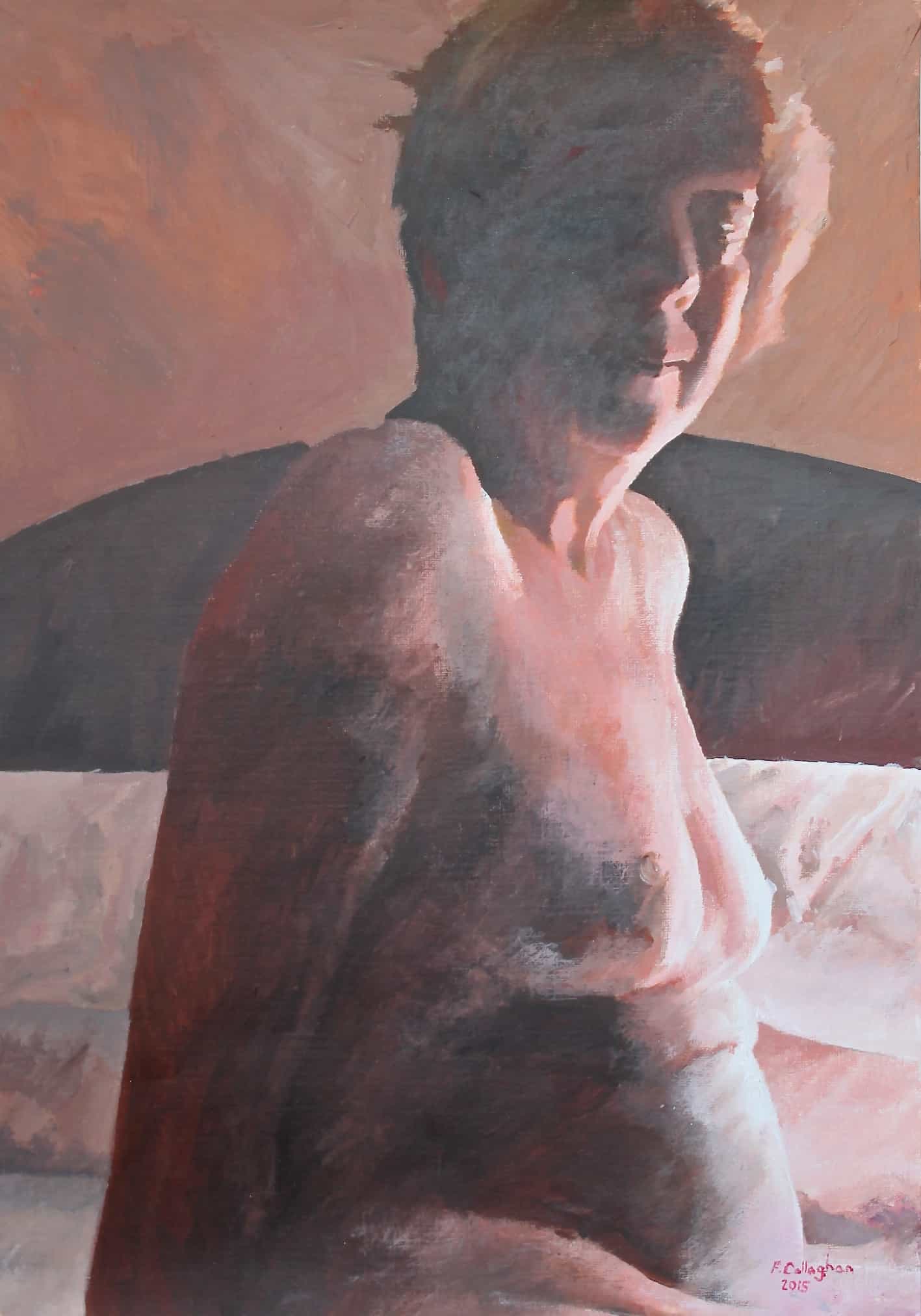 A3 (Acrylic on Acrylic Board) (Unframed) I am drawn to the mature figure. There is something about it that is more painterly and sculptural than the young model. A few years ago I did a few figure paintings of myself … Read More

Acrylic on Acrylic Board (Circa A3) (Unframed) Mandy is my favourite model. As she ages she keeps her poise and her youthfulness, and she maintains a grace not readily revealed in this pose. She usually portrays a smiling countenance, but … Read More 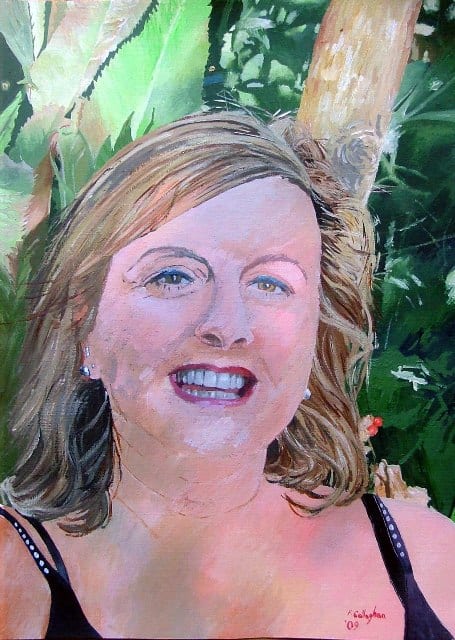 Acrylic on board (39.7cm x 40.4cm) (Unframed) This is Marisa Timson,a very beautiful Spanish woman. She has an amazing smile. I was always told by my art tutor, if ever you paint a portrait, never paint teeth. I could not … Read More 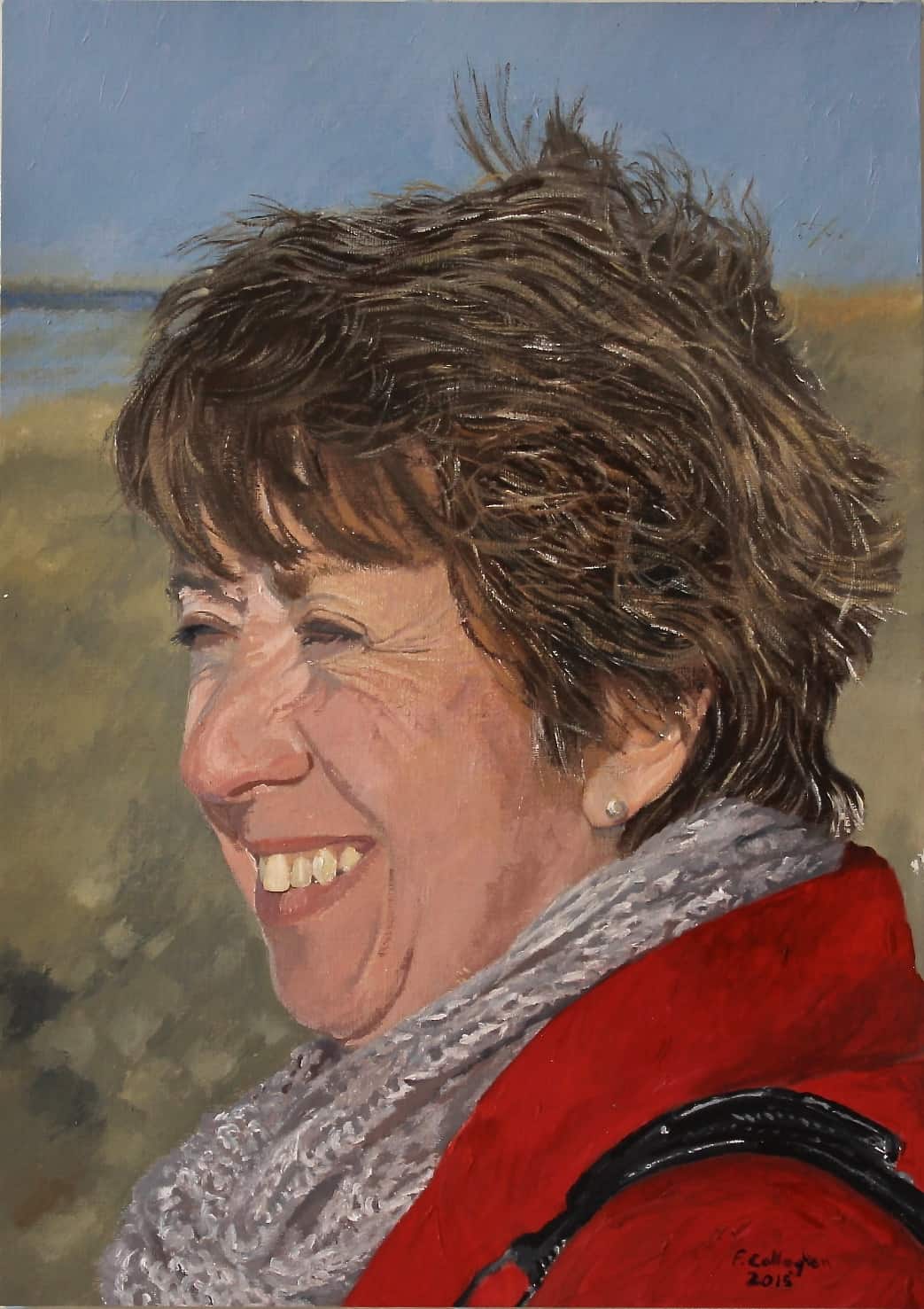 Acrylic on Acrylic Board (Circa A3) (Unframed).  I have painted Paula before, I think probably 4 times. I like to paint her. She is a pleasing model to paint. As a life model she has beautifully shaped breasts, quite small … Read More 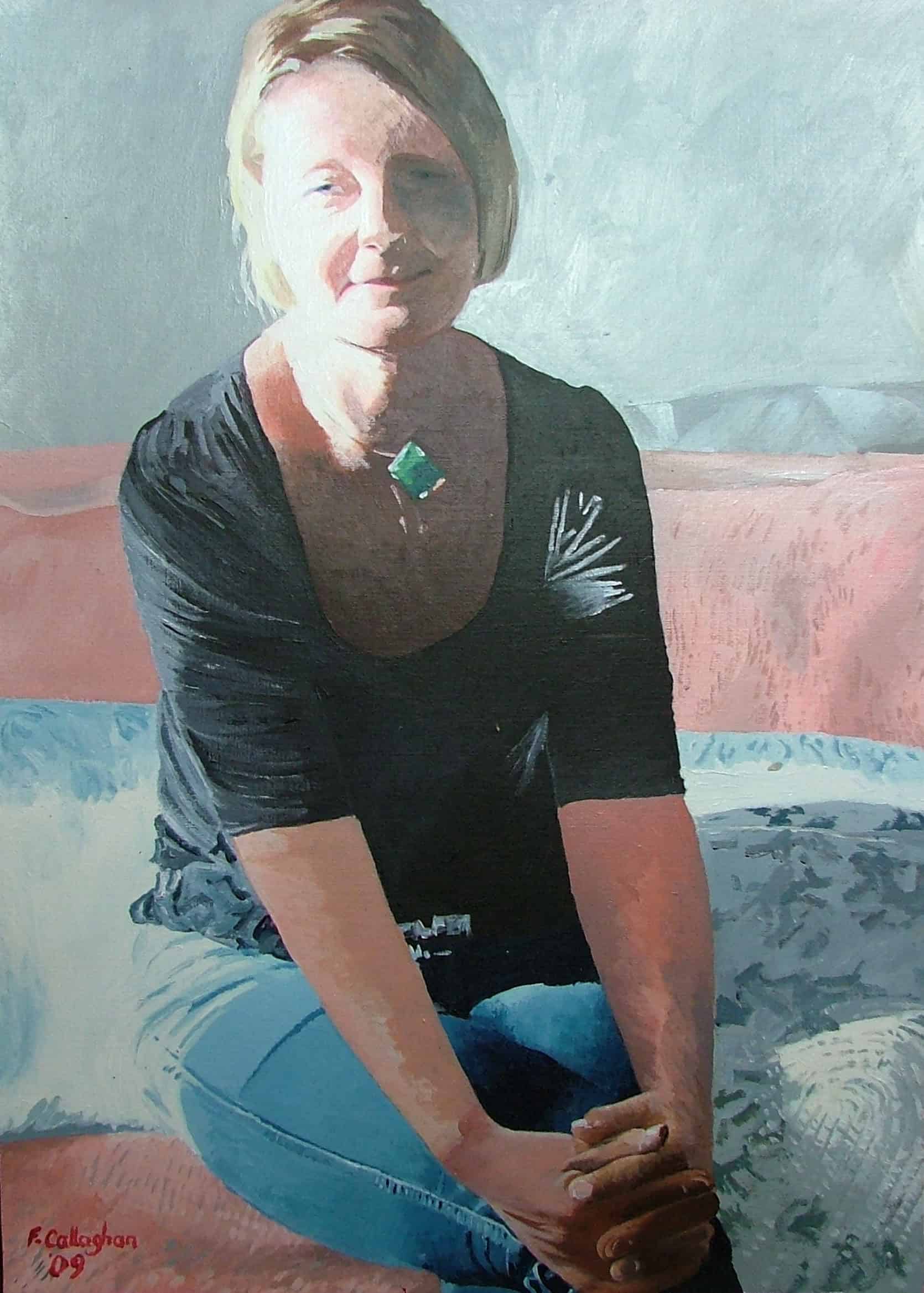 Acrylic on Board (40.4cm x 29.2cm) (Unframed) As always this model sits placidly and hides her thoughts. Motionless and quiet she sits and smiles in her Mona Lisa like way, keeping her emotions well hidden and her thoughts to herelf. … Read More 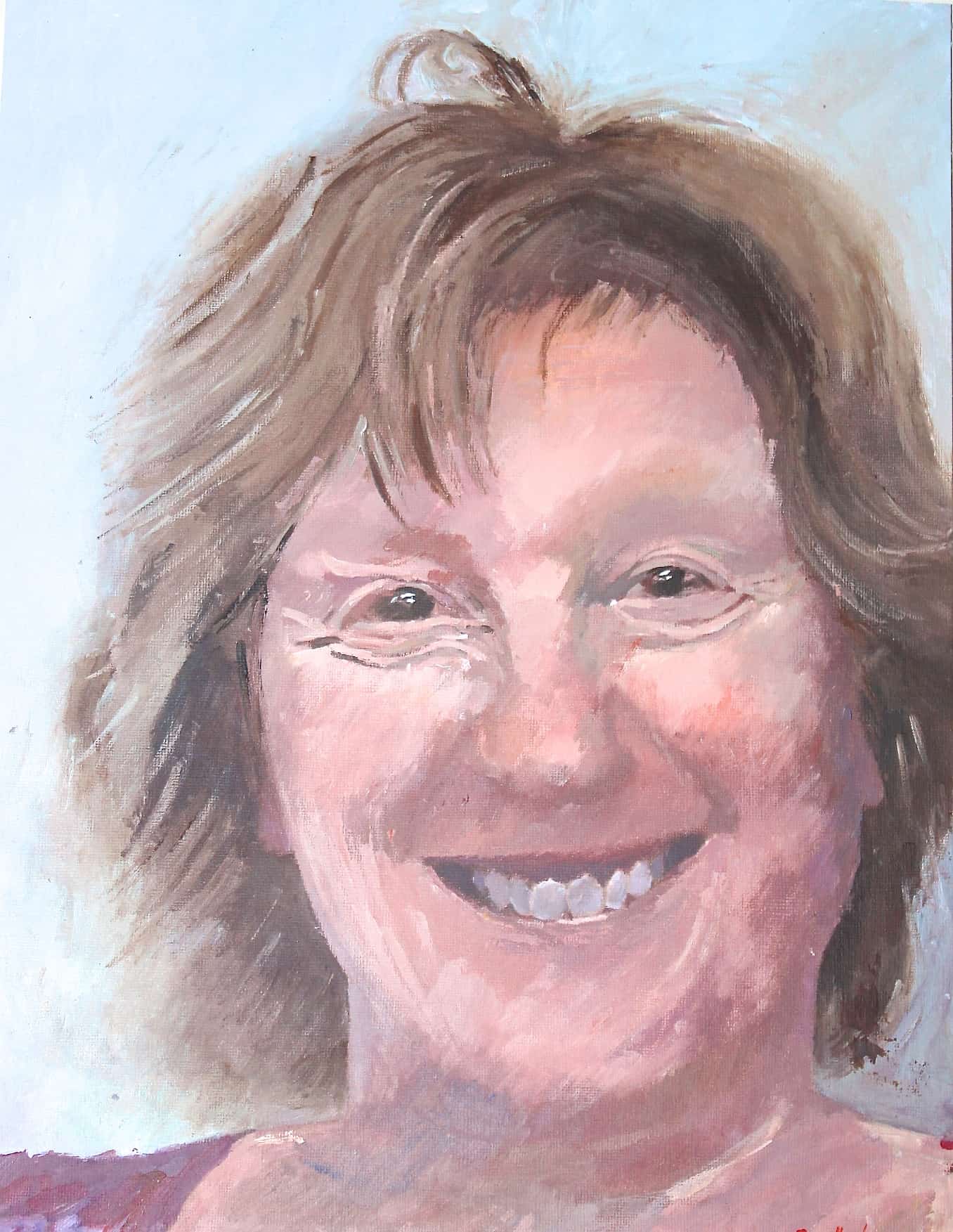 As has oft’ times been said by me, I am not a portrait painter. I occasionally do them as a request, but this one I did just because I felt like it. This is Christine; without question, my closest and … Read More 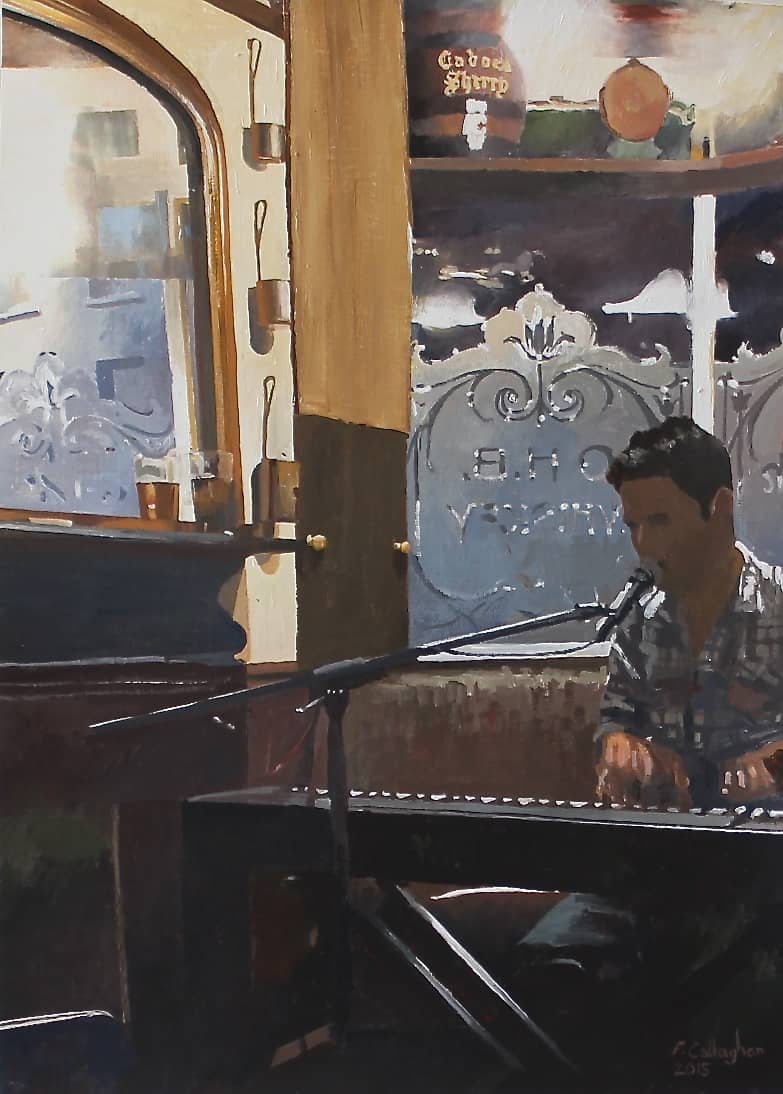 I visited The Avon Brewery pub in Salisbury, in June 2015, with a group of friends to celebrate the end of the previous football season, and Bournemouth gaining promotion. They serve Portuguese food: excellent. During the evening this singer set … Read More 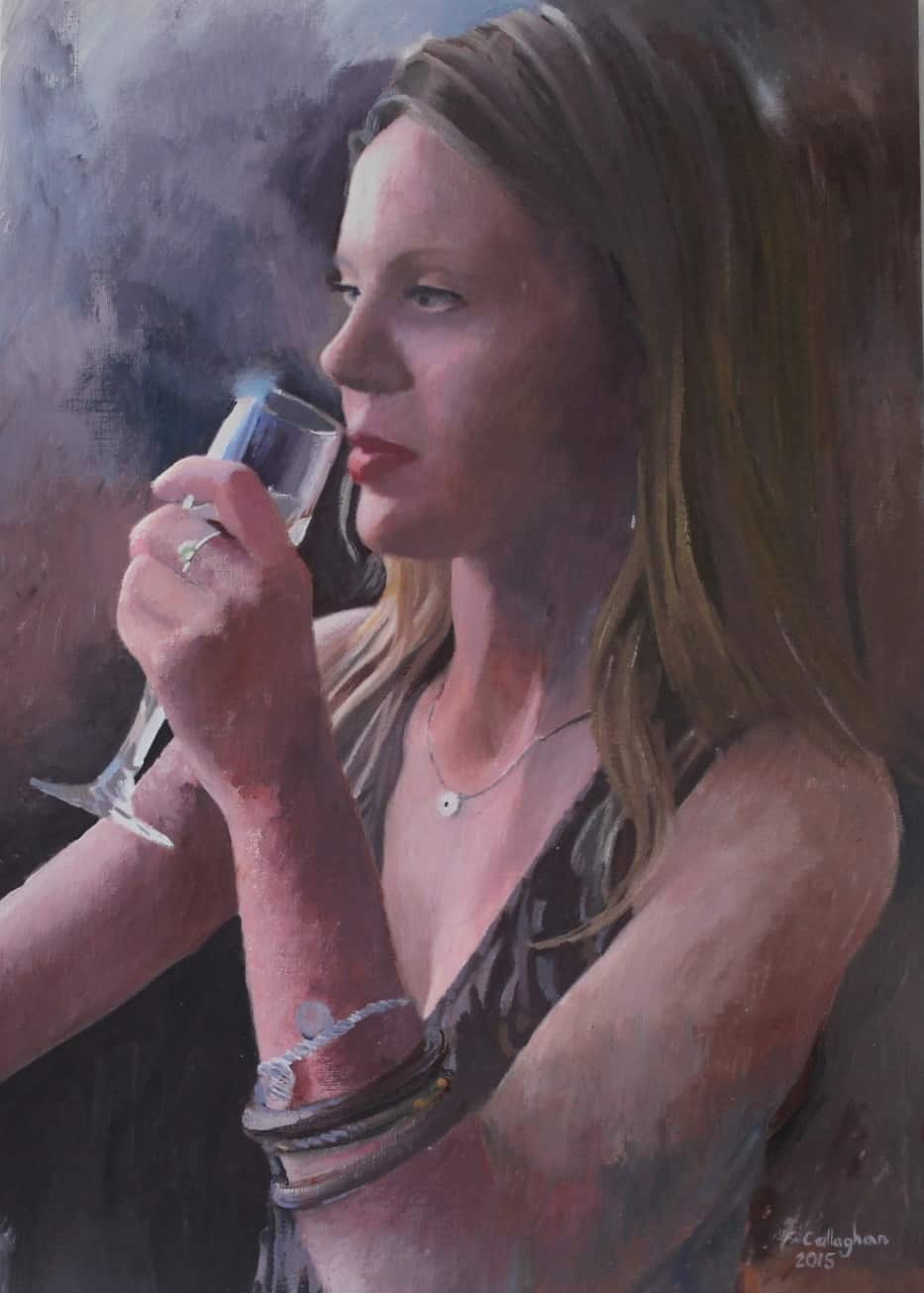 This portrait is a commission. It was painted from a photograph sent to me via an e mail. I have had to take out the background and make a few minor changes, otherwise, hopefully the likeness is an accurate one. I … Read More